Today’s episode opened with Samar and wished Anupama a happy new year. Nandini arrives and wishes Hasmukh, Happy New Year to Anupama. She says that she is ready for a yoga mat. Samar says that he is also ready as an assistant. Vanraj arrives and taunts Anupama for wearing a shoe under a sari. Hasmukh says that it signifies that sari is culture and shoe is speed. Vanraj says that one can fall anytime. Samar says that there is no harm in falling down because if someone falls on the ground, he can stand again. But if someone gets an eye on someone, he cannot stand again. Anupama says that no one should be afraid of falling. She goes jogging and yoga with Hasmukh, Samar, and Nandini. 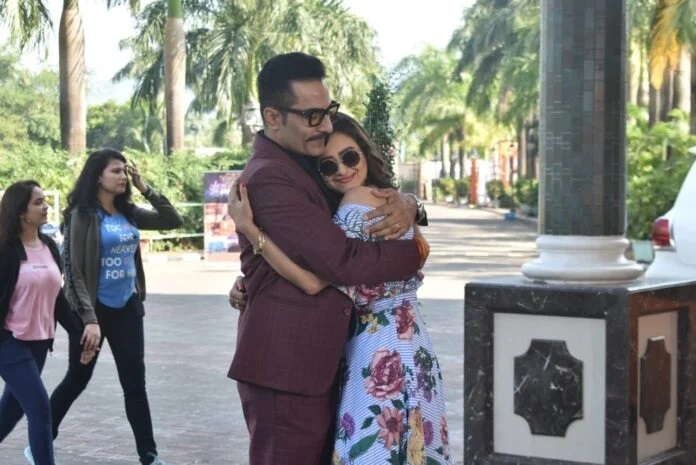 Summer clings to Nandini. Further, Nandini asks Anupama to close her eyes and spend some time with herself. Anupama closed her eyes and remembered the moment of Vanraj and Kavya. He breathes heavily. Nandini pacified Anupama. She asks Anupama that she shows that she is strong but she is hurt inside. Anupama says that she will try to heal from within. Nandini inspires Anupama.

Further, Anupama asks for time and walks home. She meets Vanraj. Anupama tells Vanraj that it is good that she celebrates someone’s birthday happily. She says that she and Kavya were fooling him but she considers Kavya her friend and does not forget her birthday. Vanraj thanks God because he has to see Anupama’s face for two days. Later, Rakhi accompanies Kinjal and meets Shah. She asks about Vanraj and learns that he is out of town. Rakhi feels that she missed the chance to uncover Vanraj.