Today once again has come back, about the latest episode of Anupama TV serial written update i.e. 2 February 2021, today we are going to tell you what is going to happen in tonight’s episode.. So tonight’s episode begins when Anupama and Kinjal go to the new cabin and Anupama tells her that she will just focus on her work, do housework or take care of herself. Kinjal tells Anupama to sit on the chair and tells her the strength of that chair. Anupama says that Vanraj has done a lot of work for this office. Kinjal praises Anupama’s words and says that a woman like her makes such men and makes them fit to sit in this chair. Anupama sits on the chair and Kinjal rotates the chair, which makes Anu happy.

At the same time, Vanraj comes in and asks him to sit in his chair, both of them start buffalo at the same place. Vanraj says that Anupama came to this cabin intentionally or else she did not read the name of the cabin outside. When the name Vanraj comes, there is the name of Kinjal, which he is surprised to see. 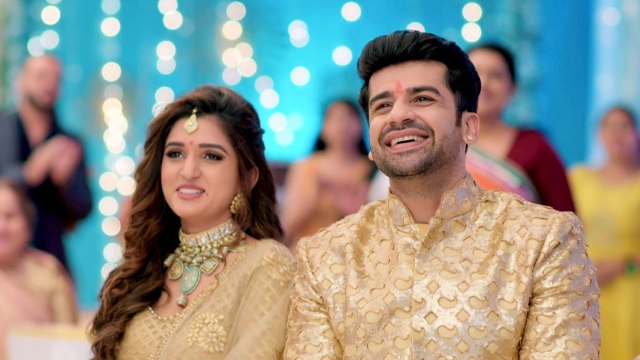 Kinjal says that she has all her rights so that she can make it sit for anyone. She tells Vanraj to leave, after a while Dholakia tries to harass Vanraj and Anupama sees them from afar.

On the other hand, Samar gives Nandini a blank diary and asks him to write all his happiness in it. At the same time, Kinjal is made the head of the project and Kavya is called for his help. When Anupama comes home, she tells Leelas that Vanraj should not have come. Leela tells that Vanraj has told her all by calling her. He thinks about Vanraj’s Divorce (divorce) and that is why the episode ends. Stayed with us to find out what will happen in further episodes.