In the trailer of the film, we can see that a boy is investigating this heinous violence. It is being told in this documentary how a big struggle took place in Haryana when a movement was unnecessarily provoked.

These days, the film is going on for real events. In such a situation, Panorama Spotlight and Twister Entertainment have brought the film ‘Cheer Haran’ among the audience. The film gives a daring glimpse of the Jat reservation movement and the Haryana riots. This film shows the heinous violence of 2016, the trailer of this film is launched by Jaideep Ahlawat. 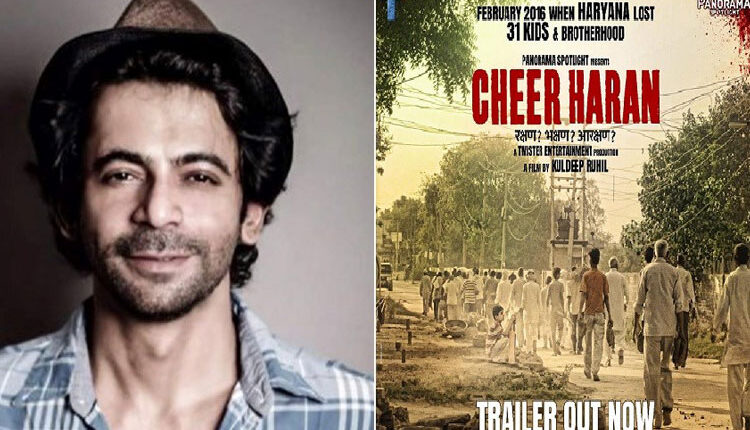 In the trailer of the film, we can see that a boy is investigating this heinous violence. This documentary tells how a big struggle took place in Haryana when a movement was unnecessarily incited, this documentary film filmed by Kuldeep Ruhil depicts the heinous violence in 2016. Panorama Studios director and producer Abhishek Pathak says, “We are very happy that we have presented the trailer of Cheer Haran to the audience. This documentary is an effort towards memorizing lessons learned from human conflicts. I hope that we have been able to throw light on the facts and compassion that was needed at that time. ” See also the trailer of this excellent documentary film.

Launching the trailer of this film, Jaideep Ahlawat said, “To avoid future incidents and violence, we should once again look at the 2016 Haryana riots and teach some lessons from those incidents. I am honored to launch the Cheer Haran trailer. This is a lesson on what the lack of cohesion can do for any state and nation. I wish the director, Kuldeep Ruhil, and his team all the best for the theatrical release of this documentary film. It is commendable that through this film he has tried to bring out the true incident. I hope that all of us rise above our petty differences and find peace. ”

Kuldeep Ruhil, the director of this film says, “In the present scenario, it is very important to see the struggles of the Jat reservation movement. We are repeating the complexities of the past because we have forgotten why and how this happened. As a result, this documentary tries to show again the Jat reservation movement and the riots in them. We hope that our effort will contribute to motivating the audience to seek the truth and learn from it. “