The Parliamentary Committee headed by former Minister of State for Finance Jayant Sinha held an important meeting on Monday with representatives of exchanges, BlockChain, Crypto Assets Council (BACC), industry bodies, and other stakeholders on the future of cryptocurrencies in the country. According to information received from sources, in this important meeting held today regarding crypto finance, it was agreed that cryptocurrency cannot be stopped but it can definitely be regulated. Most of the committee members are not in favor of banning Cryptocurrency completely. They are in favor of regulation of its exchange so that crypto is not misused.

The MPs (members of the Parliamentary Standing Committee on Finance) who attended the meeting stressed on the safety of investors’ money in cryptocurrencies and also expressed their concern over it. Sources said that a member who attended the meeting expressed concern over a full-page crypto advertisement in national newspapers. Experts said that investing in cryptocurrencies is the right of the people. It simply means to say that any person of the country can invest in it of his own free will.

Committee members made this demand from government officials

According to information received from sources, the members of the Parliamentary Standing Committee on Finance, who attended this meeting regarding cryptocurrencies, now want government officials to come forward in this whole matter and give their opinion on their concerns. Let us tell you that the interest and concerns of various parties regarding the investment potential and risks of crypto finance have increased rapidly in recent times. This parliamentary committee will also take suggestions from the academicians of IIM Ahmedabad.

Let us tell you that recently, the alleged Bitcoin (a cryptocurrency) scam that came to light from Karnataka has created a stir in the whole country. This matter has now increased so much that the country’s ruling party BJP and the main opposition party Congress have come face to face. The seriousness of the matter can be understood from the fact that Karnataka Chief Minister Basavaraj Bommai has to explain and senior Congress leader Rahul Gandhi is targeting the government fiercely.

Everything you need to know about Sensex! 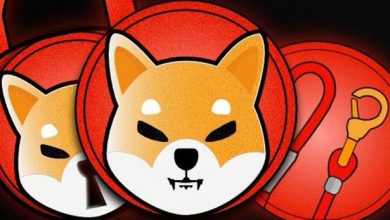 SHiba Inu Coin News: Now this cryptocurrency gets with Elon Musk! 70% increase on the first day of listing