Daily Current Affairs Quiz question is the most important factor to crack every type of competitive exam. it can assist you with scoring great numbers in the test on the off chance that you are refreshed with all the current news. Banking Awareness, Static GK, and the current news are the parts that make the GK segment total. It is essential to comprehend what’s going on inside and outside of India.

GK refreshes are joined with the significant news that stood out as truly newsworthy today. It is the finished pack of the significant news that held throughout the day. One ought to have total information about the financial terms, current issues news, and so forth. Along these lines, here is the GK update of 13th September to assist you with setting up the Current issues part. If you are read Our Article so you can aware of the world.

Hong Kong topped the Global Economic Freedom Index 2020 yet again, followed by Singapore at the second rank, based on 2018 data. The other countries ranked in the top 10 include New Zealand, Switzerland, the US, Australia, Mauritius, Georgia, Canada, and Ireland.

Q2. India was ranked at which position on the Global Economic Freedom Index 2020?

India has fallen 26 spots to rank at the 105th position on the Global Economic Freedom Index 2020, as per an annual report released on September 10, 2020. The country was ranked at the 79th spot in last year’s rankings.

Chief Minister Arvind Kejriwal on Tuesday launched an online system for filing complaints in consumer courts and said it will prove to be a milestone especially during the COVID-19 pandemic. He said consumers will now be able to file complaints from their homes at any time and make payments online.

Karnataka Chief Minister, B.S. Yediyurappa inaugurated the ‘Veer Savarkar’ flyover in Bengaluru. The inauguration of the 400-meter long flyover built on Major Sandeep Unnikrishnan Road in the city. The Bengaluru’s civic body Bruhat Bengaluru Mahanagara Palike (BBMP) built the flyover at the cost of Rs 34 crore. The project of constructing the flyover began in September 2017. 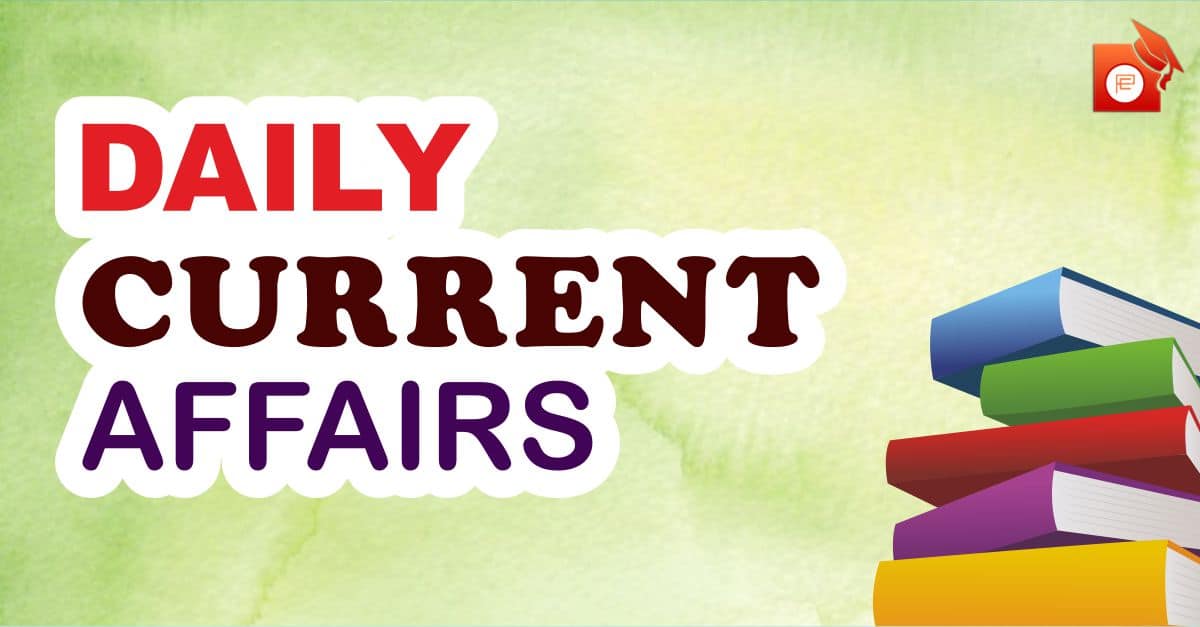 The International Solar Alliance (ISA) will organize the first-ever World Solar Technology Summit (WSTS) on Tuesday, September 8, 2020. The summit will bring together key stakeholders – leading academic scientists, technology developers, researchers, and innovators on one platform. ISA aims to discuss the recent developments in solar technologies both in terms of cost and technology, along with technology transfers, challenges, and concerns in the field.

Q6. India reached a five-point consensus after talks with which nation?

India and China have reached a five-point consensus regarding the ongoing border standoff at the Line of Actual Control (LAC) after detailed talks between Indian External Affairs Minister S Jaishankar and Chinese Foreign Minister Wang Yi in Moscow on the sidelines of the Shanghai Cooperation Organisation (SCO) meeting on September 10, 2020. This was informed by the Ministry of External Affairs in a joint press statement on September 11.

As per the EASE Banking Reforms Index 2.0, Bank of Baroda has been placed at the first spot. State Bank of India and Oriental Bank of Commerce (OBC) got the 2nd and 3rd place respectively. The Indian Banking Association (IBA) makes the EASE (Enhanced Access and Service Excellence) reform index. The aim of this index is to bring fruitful change in the PSBs by brining in healthy competition among these PSBs and by encouraging them to learn from each other.

Q8. Which state has announced its first-ever Heritage Tourism Policy?

Gujarat has announced its first-ever Heritage Tourism policy. The policy permits the use of pre-1950 historical buildings including heritage palaces and forts as heritage hotels, heritage museums, heritage banquet halls and heritage restaurants.

India’s child mortality rate has declined substantially between 1990 and 2019 but the country, along with Nigeria, still accounted for almost a third of all under-five deaths last year, according to a new report which warned that the COVID-19 pandemic threatens to undo decades of progress in eliminating preventable child deaths globally. The ‘Levels & Trends in Child Mortality’ Report 2020 said that the number of global under-five deaths dropped to its lowest point on record in 2019 – down to 5.2 million from 12.5 million in 1990.

Andhra Pradesh CM YS Jaganmohan Reddy has launched the ‘YSR Aasara’ scheme as a step to empower women economically & socially. The state disbursed around Rs. 6,792.20 crores as the first installment of the total due of Rs. 27,168.83 crores to bank accounts of 87,74,674 women belonging to 8.7 lakh SHGs. Andhra Pradesh:

The take-Home ration will now be manufactured and supplied through women self-help groups (SHGs) in Uttar Pradesh. The state rural livelihood Mission (SRLM) has signed a Memorandum of Understanding (MoU) with the UN World Food Programme for this. Around 200 women SHG enterprises are expected to gain business with Rs 1,200 crore annual turn over through this collaboration.

India and Angola on Monday held the first Joint Commission Meeting during which the two sides agreed to diversify their trade relationship and discussed cooperation in health, pharmaceuticals, defense, agriculture, food processing, digitization, and telecom. The meeting was co-chaired by External Affairs Minister S Jaishankar and his Angola counterpart Tete Antonio.

Q15. Which nation Signed the $500-Million Loan Pact With ADB?

India has signed a $500 million loan agreement with the Asian Development Bank for funding the 82- km- long Delhi-Meerut highway. With a design speed of 180 km/hour and high-frequency operations of every 5-10 minutes, the 82-km corridor connecting Sarai Kale Khan in Delhi to Modipuram in Meerut, Uttar Pradesh, is expected to reduce the journey time to about one hour.