The agitation of the farmers against the new agricultural laws of the central government is continuing. Thousands of farmers gather at the Sindu, Tikri and Ghazipur borders. These farmers are traveling to Delhi on Tuesday. Security agencies are very careful about them. Multilayer barricading has been done to avoid any untoward incident. The Meerut Expressway has been completely closed. Along with this, the Ghazipura border has also been sealed by the police. After the violence on Republic Day in Delhi, the peasant movement seemed to be weakening. Now the farmer movement is once again seen in warmth. Recently, farmer leaders had claimed that on February 2, there would be a record gathering of farmer organizations and agricultural compulsions on the borders of the capital. Multilayer barricading has been done to prevent farmers from traveling to Parliament. Also, the Meerut Expressway has been completely closed.

In view of the peasant movement, barricading has been done on the road from Ghazipur to Akshardham leading to Pragati Maidan. Buses have been erected on the route from Sarai Kale Khan and Pragati Maidan to Akshardham and Ghazipur. NH 9 has been completely closed in view of the peasant movement. Earlier on Sunday night, the Ghazipur border was completely sealed. Let us tell you that on January 26, the farmers had created a fierce protest in the name of a tractor rally. In view of the violence on Republic Day, the police no longer want to take any kind of laxity. 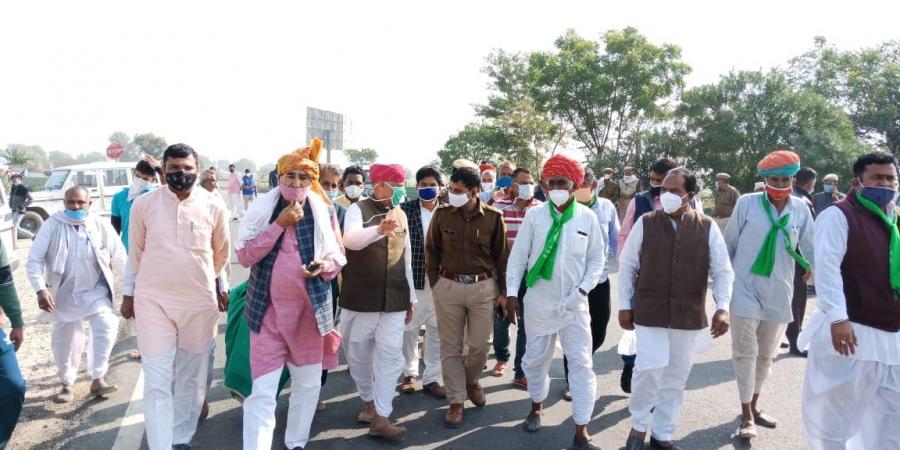 Let us tell you that Delhi Police has so far registered 44 cases regarding the violence in the capital on Republic Day. Police have also arrested 122 people in this case. Information about the arrested people can be obtained by visiting their respective police stations.

Horoscope Today 3 february 2021: Know How Your Wednesday will be gone