The show debuted in Sony TV’s quiz reality show Kaun Banega Crorepati 12 (KBC 12) with the winner of yesterday’s Fastest Finger Round and today’s rollover contestant Priyanka Bagdi. Priyanka loves to cook and she is a YouTuber from Pune. In her introduction, she shared that she shares cooking videos on her YouTube channel. Her husband shoots his videos. Actually, Priyanka dreams of having a studio of her own.

In today’s episode of KBC 12, Priyanka was able to win a total amount of 1 lakh 60 thousand rupees. In yesterday’s episode, he used one of his lifelines. After the game started today, he was asked – ‘Which of these mountain peaks is not located in the Himalayan range?’ For this question, Priyanka used Flip the question lifeline. The correct answer was ‘Anaimudi’. After LifeLine, this question was removed and asked – ‘Where was FTII Pune later established in 1960, which was the first film studio?’ The correct answer was ‘Prabhat Studio’. 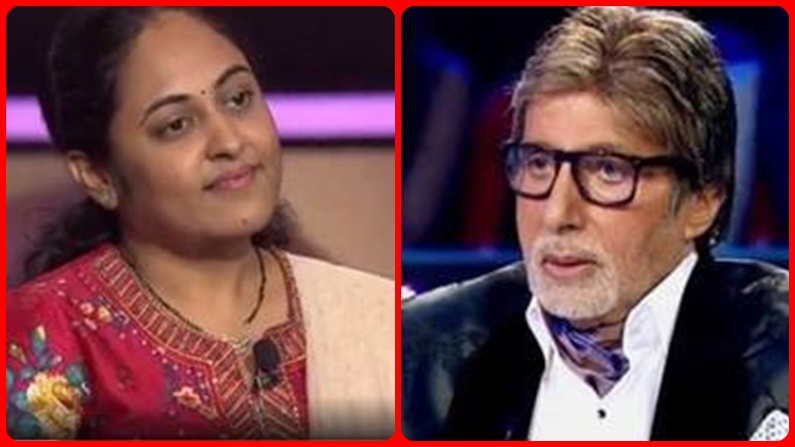 The remaining two lifelines Priyanka spent for a single question. ‘The economist seen in this picture is the chief economist of which organization from 2019?’ Priyanka first used the video call a friend lifeline for this question, but when her friends could not give the correct answer, she Asks the Expert ‘LifeLine. After this, the correct answer to this question was – ‘International Monetary Fund.’

Know which question quits the game

Priyanka quitted the show due to the lack of a question of 3 lakh 20 thousand. He was asked- Where did Queen Ahilyabai, the ruler of the kingdom of Malwa, move her capital to Indore? The correct answer was ‘Maheshwar’. With no answer to this question, Priyanka decided to quiz the game.

While quitting the game, Priyanka requested Big B to promote her two YouTube channels. Big B accepted his channel and promoted his channel.

The show will begin tomorrow with Mangalam

After Priyanka quits the show, Mangalam Kumar sits on the hot seat. He was able to answer a few questions that the show time was over and the hooter rang. Now tomorrow i.e. on Wednesday, the show will start with Mangalam.