The Lakhimpur Kheri district administration of Uttar Pradesh has issued an alert regarding the bursting of the lake on the Mahakali River in Nepal. These alerts have been issued for the areas adjacent to the Sharda River because the lake is likely to raise the water level due to the bursting of the lake. In a letter issued by the Additional District Magistrate of Kheri, Arun Kumar Singh, the SP of the district and the Chief Medical Officer have been asked to be on alert.

According to the letter, a letter has been sent from the Kanchanpur district administration of Nepal regarding the possibility of a lake bursting. According to this, an alert has been issued for the eruption of the lake on the Mahakali river located in Darchula, Nepal. Darchula is bordering Pithoragarh in Uttarakhand. 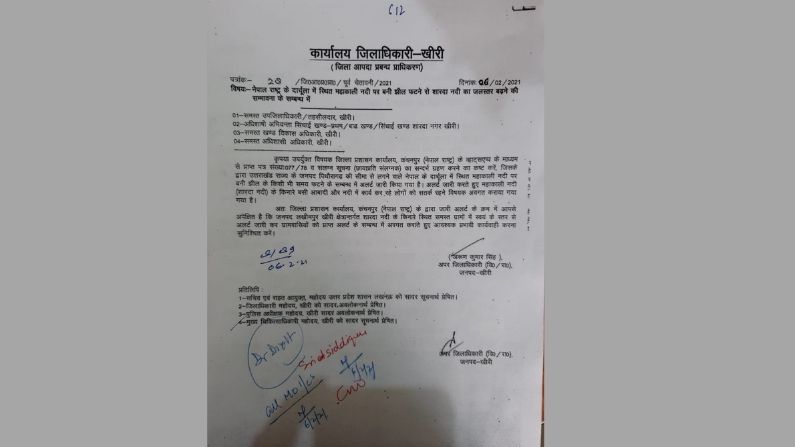 Issuing an alert, the population settled on the banks of Mahakali River (Sharda River) and the people working in the river have been informed to be vigilant. Therefore, the administration has said that in the villages situated on the banks of the Sharda River in the Lakhimpur Kheri area, the officers themselves should go and ensure the necessary action by giving information to the villagers about the alert.

Horoscope Today 8th February 2021: Know How Will be Your Monday