Electric vehicle (EV) maker Omega Secy Mobility (OSM) on Monday unveiled the country’s first electric small commercial vehicle (SCV). This electric or electric vehicle has been named M1KA. The company announced that the booking of the M1KA vehicle will be started in the fourth quarter of 2021. In view of the increasing demand for electric vehicles in India, many companies are launching two wheelers and four wheelers in the market. OSM has launched the first vehicle in the commercial segment.

The cargo carrying capacity of the M1KA electric vehicle i.e. the payload capacity will be 2 tonnes. The commercial vehicle will be light in weight and will be powered by a 90 KWh AMC based battery. The capacity of this battery will be such that in a single charge, the electric vehicle can easily run up to a maximum of 250 km. The company gave this information at the unveiling of M1KA. The battery has been designed in such a way that it charges quickly and lasts for a long time. The battery capacity should be more in commercial use, in view of which the company has given a strong battery.

Use will increase in this work

It has been said by the company that the M1KA Electric SCV is completely based on green energy and there will be nothing in the name of pollution in it. For the customers, the company is calling it a practical offering. This vehicle can be used for the courier, a goods carriage, e-commerce, and FMCG-related work. This vehicle is also capable of carrying heavy items. OSM has made such a claim on the launch of the vehicle. 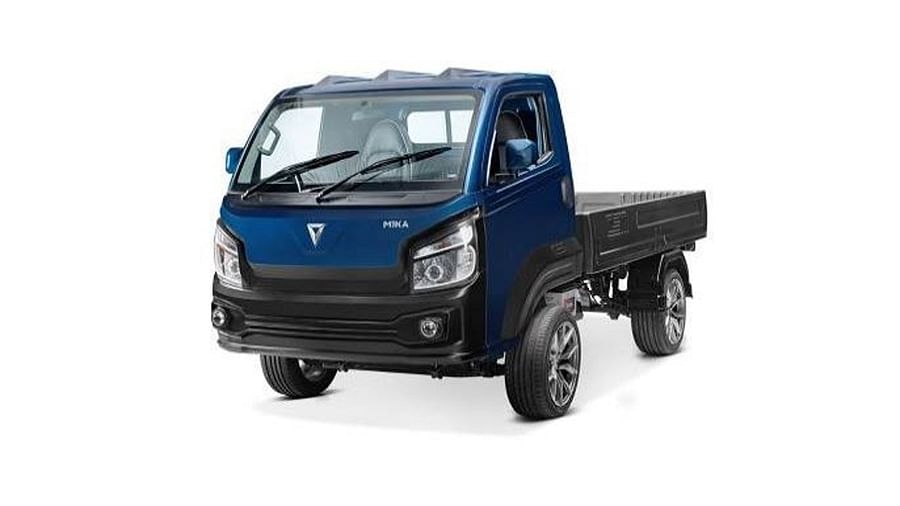 Many companies have entered the field of private vehicles in the country. Many well-known companies in the country and abroad are making and selling vehicles in this segment. Right now competition is being seen in many companies, which will benefit the customers. Prices will come down gradually. Right now the highest speed is in the market of two wheeler electric vehicles. Many companies are making electric two wheelers. Ola company is at the fore in this. This company has launched two variants of the two-wheeler, whose booking is going on. The delivery of vehicles can start in the month of October.

what the company said

Uday Narang, Founder and President, Omega Seki Mobility said, “We are thrilled to launch this revolutionary product, M1KA. Omega Seki Mobility is bringing the next generation of electric commercial vehicles to further strengthen its mission of developing net-zero carbon mobility.” The EV market is growing rapidly in the field of commercial vehicles. For a long time, its prices are falling, the development of these vehicles is sustainable and there is a lot of support from the central and state governments. Keeping in view the current situation and the demand of the customers, Omega Secy Mobility is going to expand the electric vehicles.

The company says that by launching the first vehicle in the commercial segment, Omego Seki will live up to its promise of environmental protection. The company believes that by launching the EV segment M1KA vehicle, a good presence will be registered among the customers. For this the company has thanked its customers. Omega Secy Mobility is focusing on Engineering & Tech Enabled Solutions. Right now this company is working on many electric vehicles. The bookings for the M1KA EV will start later this year.

Effective Ways to Get More Instagram Followers and Likes

Things to Know About a Single Battery Inverter

Finding the Perfect Aluminum MIG Welder for Your Needs

Let’s Understand all the unsaid about credit card scams