Haryanvi singer and dancer Sapna Choudhary has recently released a new song. The name of this song is Chatak Matak. This song is out after Sapna’s marriage and motherhood. Sapna has already rocked YouTube through this song. Views are continuously increasing on his songs. At the same time, once again, Sapna has rocked social media by putting a loud bang on her own song. Recently Sapna has posted a video of her. In which she is seen dancing. 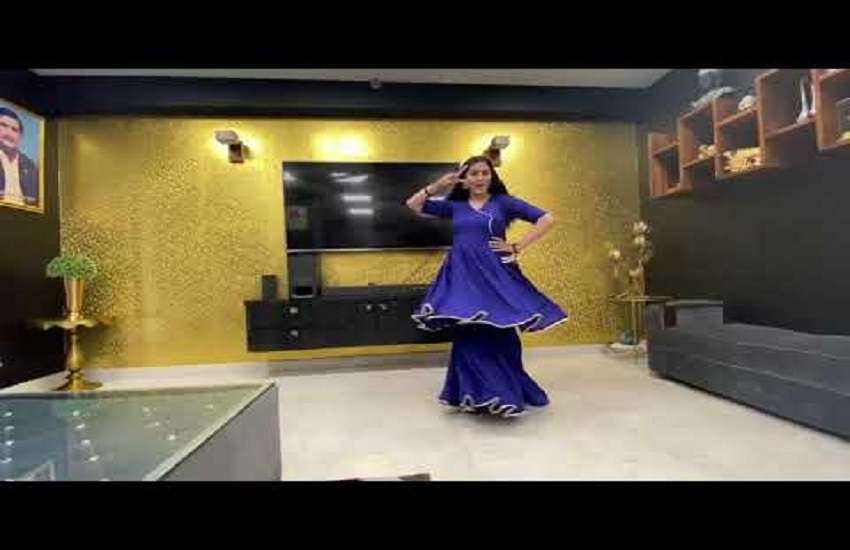 Sapna Chaudhary has shared the dance video on her official Instagram (Sapna Choudhary Instagram). In the video, she is seen dancing in the drawing-room of her own home. The music playing in the background is their own chirpy song. In this video, Sapna is seen wearing an Anarkali suit in blue color. She has also completed her look with open hair and minimal makeup. Talking about Sapna’s dance, her expression is less appreciated.

Sharing the dance video, Sapna has stated in the caption that her ‘chatk-matak’ song has had 28 million views (28 Million Views On Sapna Choudhary Video) and is growing. At the same time, more than 3 lakh views have come on this video of Sapna. Talking about the song Song Chatk-Matak, it was released on 20 December. Sapna himself gave this information through social media. This song has been given by voice singer Renuka Pawar. Talking about Sapna’s upcoming projects, her new song is going to be released soon. Whose name will be ‘Lori’. In this song, Sapna will be seen playing the role of a mother. The first look of this song has been done. Which Sapna’s fans are very much like.